One Way to Fix the Death of CDs Problem

One Way to Fix the Death of CDs Problem

It's all on my monthly update, Celtfather Music & Travel, show #285.

The podcast is brought to you by my amazing Patrons in the Gunn Runners Club on Patreon. I have some new subscribers, and I hope to make this an even more important part of my general promotion in the weeks ahead.

0:26 - SHOWS PLANNED FOR THE COMING MONTH

1:44 - RANT: ONE POSSIBLE SOLUTION TO THE CD PROBLEM 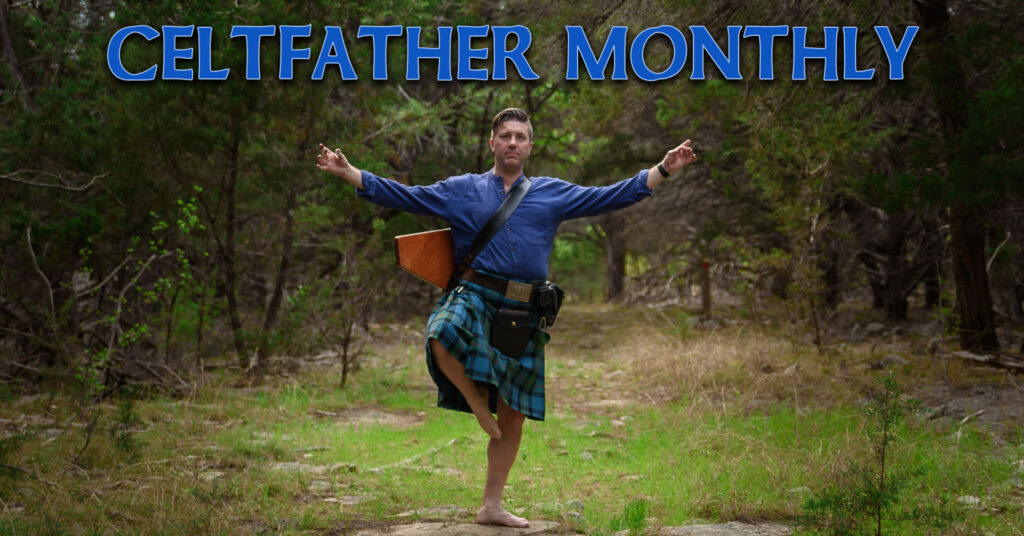 The new release schedule for Pub Songs & Stories is pretty good. I'm starting to plan shows a month ahead. Course, that said, I'm also struggling to collect the stories. But maybe that'll become easier as the show grows and I spread the signal further. I also realized it would be beneficial for bands if they did more than one story. So what the heck. Until I get a couple months ahead, I'm gonna ask for more than one IF they have a good story to tell.

Band O'Brothers had a good story for their song "Whiskey Spider". I also shared another story from Empty Hats that I recorded back in the spring. I rounded out September with a live podcast recording from Dragon Con.

I meant to record a bunch of stories at Dragon Con and Gen Con. But I was just too busy and/or too wiped . That sucks. But that's the way of it. I did lay some groundwork to collect some stories though. So we shall see.

One of the best things about this format is that if someone really loves a song, eventually I can just say, go check out the episode about that song in Pub Songs & Stories. So far, so good.

The Irish & Celtic Music Podcast had a full four episodes. I'm still not caught up. But as of this recording, I'm almost done with next week's show. So it's a start.

The In The 'Verse podcast launches the season 2 announcement episode on October 2. You'll want to listen if you want to find out what are plans are for the next season.

On Patreon, I released my thoughts on Gen Con 2021 as well as Dragon Con. I also released a new song called "You Are My Thor". It's a rough cut. But there might be more such things in the future. I also released two more MP3s.

Coffee with The Celtfather had a few hiccup moments this month. I played a replay of one of my hobbit shows because I didn't have much of a voice after Dragon Con. Then the following week, I skipped it, because I was at Gen Con.

I planned all of my Coffee shows for October. I'm gonna keep planning the themes a month in advance.

In every episode of Pub Songs & Stories, I record, talk about and play at least one song. All of the songs from the first three months of the year were released on a CD called Virtual Public House. The MP3s are still up on my Bandcamp if you want to just buy that album. But that's the last of those digital albums I'm gonna release.

In the future, you'll need to subscribe to Patreon. All of those MP3s will be drip released to my Gunn Runners Club. So if you want some more unique recordings, join the Gunn Runners Club today.

Selcouth is still in the works. I thought we were all done, but right as we were getting ready to master the tracks, Mitchell and I noticed a few problems. So we did some MORE edits. Now we're down to one final song, "Kilty Pleasure". This is the one track that I recorded with autoharp and vocals at the same time. But the compression on the vocals made the autoharp sound weird. So I finally decided to re-record my vocals. That should make it easier to finish the mix.

In the meantime, everything else is done. I have some songbooks, shirts, pins, USBs, stickers. They're all here. I just need the music finished so I can order CDs.

Brobdingnagian Bards released a new EP at Dragon Con. It's called Another Faire to Remember. It was well-received at the conventions. We decided to postpone the Kickstarter. We're gonna aim for 2023 release for that album. That gives us PLENTY of time to record all of the songs for the CD and maybe even write a couple songs.

I pulled Virtual Public House from my Bandcamp store. It's still available for private streaming so if you bought the album and have any problem playing it, please let me know.

No news about the Celtic Invasion of Scotland. It's still filled up.

I updated YearOfTheKilt.com. That's a URL that goes with my Kilted For Her Pleasure bumper stickers. It's now designed just to get people to buy a sticker.

My FireflyDrinkingSongs.com website now points straight to the In the 'Verse podcast. I wanted a simpler way to just share a URL for the podcast. So I used an existing URL I bought. I wasn't doing much with it anyway.

I updated lyrics for the Irish Song Lyrics website, including:

Latest Spotify Album Stats:
Flower of Scotland released on June 25 (next month): 96 is down from 119 (last one)

Thanks as always for supporting my music. Streaming music gives you a quick and easy way to sample all of my music. Digital sales keep my business running. Tips and CD sales allow me to tour. Kickstarter funds physical products like CDs, shirts, pin and other merch. And Patreon funds my songwriting!

Join the Gunn Runners Club on Patreon to support my songwriting. You will step behind-the-scenes with new music, bonus podcasts, videos, and live concerts.